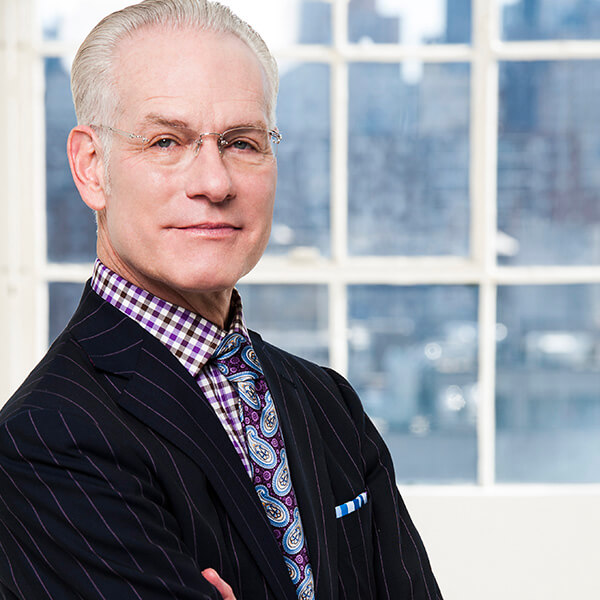 Tim Gunn is an Emmy Award-winning television personality, fashion industry icon and New York Times Bestselling author. He became a household name as co-host and mentor for 16 seasons of Lifetime’s Project Runway, alongside Heidi Klum. In 2013, he and Klum won the Emmy Award for Outstanding Host for a Reality or Reality Competition Program. The iconic duo reunited to co-create and co-host Amazon’s design competition series, Making The Cut. In addition to his television prowess, he is an accomplished business executive, serving as the Chief Creative Officer at Liz Claiborne, Inc. and Fashion Dean at Fifth & Pacific.