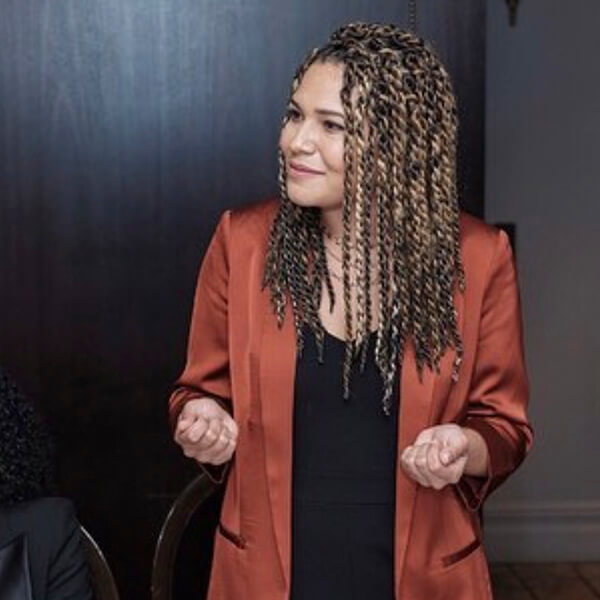 Kristen Marston is cultural consultant and impact advisor who has dedicated her career to creating positive and long-lasting change across the media landscape. She specializes in working with entertainment and advertising professionals to create accurate, inclusive, and empathetic portrayals of Black, Brown, and LGBTQ+ communities to tell powerful stories that create positive and long-lasting social change. She has consulted on over 100+ major TV shows, films, and documentaries for companies like HBO Max, MTV, Amazon, Disney, ABC, NBC, Starz, Lionsgate, and more.

In her most recent role as Culture & Entertainment Advocacy Director at Color Of Change Hollywood, her contributions ranged from advising on projects from the Emmy-winning Netflix series, When They See Us to launching the #ChangeHollywood Initiative with Michael B. Jordan to rally stakeholders across the industry, educate decision makers, and secure institutional commitments to drive change that matters. Prior to this work, Kristen’s team launched the entertainment media program at the non profit, Define American where she facilitated consultations between immigrant communities and content creators to help shape impactful stories on TV and in film.

Kristen has contributed to think tanks and initiatives for organizations to include Times Up, Yes And Laughter Lab, and the Sundance Documentary Fund and her voice has been featured in BBC, The New York Times, LA Times, Variety, Hollywood Reporter, The Washington Post, The Guardian, CNBC, FastCompany, Mashable, Mic, The Los Angeles Business Journal, Adweek, Miss Magazine and more.

Kristen holds a Master of Professional Studies in Organizational Development, Training, and Learning, as well as a Graduate Certificate in Project Management from the University of Denver and a Bachelor of Science degree in Advertising from Metropolitan State University of Denver.