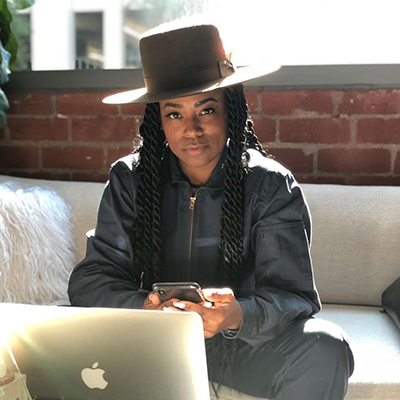 Attributing her success to “years of hard work, perseverance and relentless determination,” Heather Lowery has forged her own path in the music business after spending time in many sectors of the industry, beginning with interning in the legal departments of LaFace Records and Fox Television stations while studying pre-law in college.

After joining the staff at a Philadelphia recording studio as a receptionist and working her way up to general manager, she broke into the live business as an assistant at William Morris. Lowery founded her own boutique agency, Agency For Artists, in 2005 and in 2017 she joined Live Nation as Vice President of Talent & Touring at Live Nation Urban, overseeing events including Roots Picnic and Broccoli City Festival. Lowery launched Femme It Forward as a multi-format series of all-female curated lineups in April 2019 and by December it entered a joint venture with Live Nation, which she points to as her greatest work accomplishment for “providing platforms and vast opportunities for women in live music as well as artists in hip-hop and R&B.”

Between April and December Femme It Forward produced more than 20 shows and panels across the U.S. with all female lineups including major stars like Cardi B and Jill Scott, along with newcomers like Kiana Ledé and Nicole Bus. As a joint venture, Femme It Forward is expanding with female-led music festivals, concerts, original content, comedy shows, philanthropic endeavors, college engagements and more.

“I had to work really hard and fight many battles to get to where I am today,” Lowery says. “My biggest challenges (some of which are ongoing) are overcoming fear, realizing my value, navigating politics, building a tribe, balancing family, and learning to always trust my gut.”

As to where her segment of the live business is heading – stay tuned because Lowery says Femme It Forward will be a “multi-faceted, multi-media business within the next five years.”

Heather has a mentoring program for young women to learn all elements of the music industry.